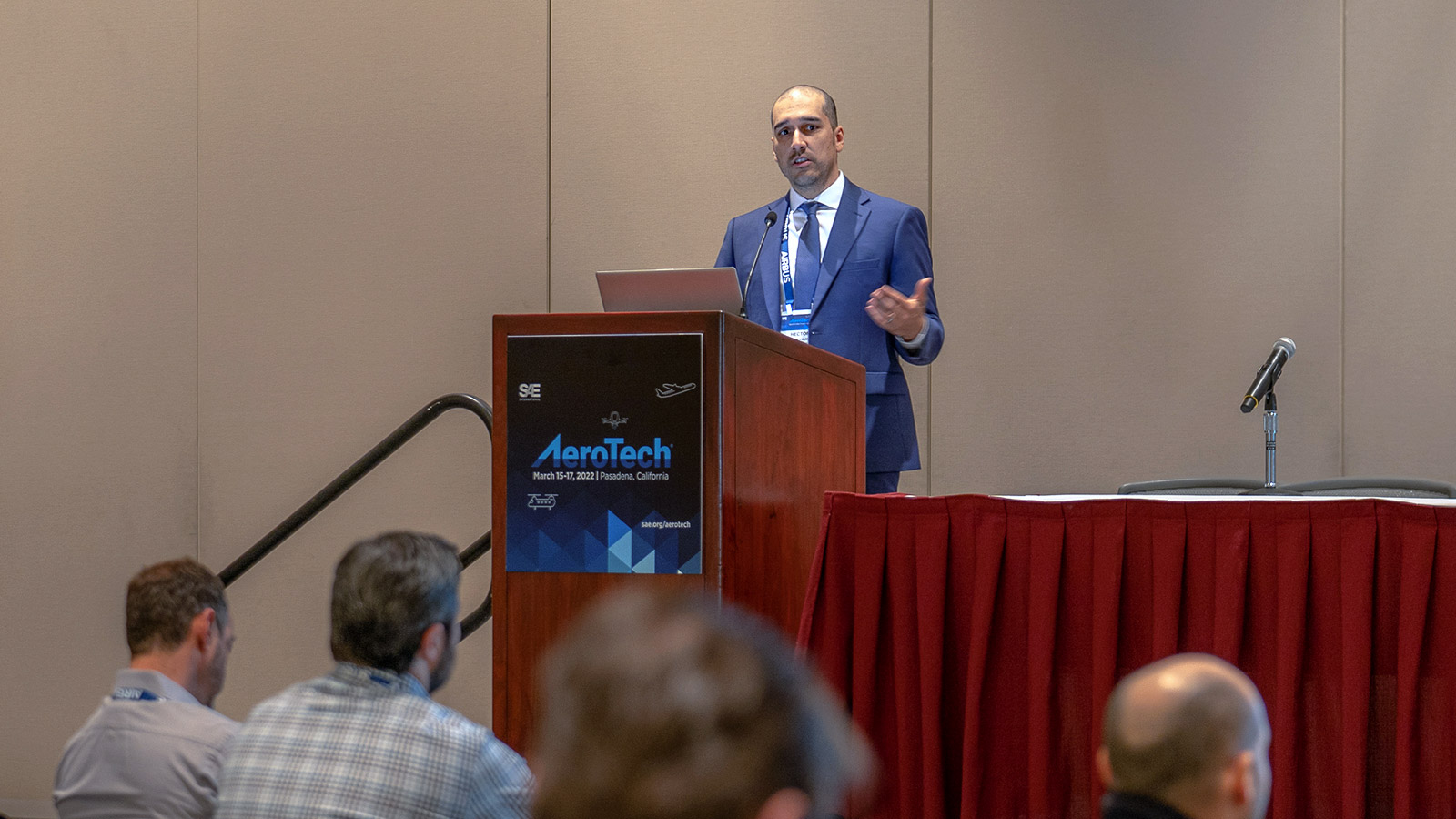 Layton, UT – Each day Artificial Intelligence (AI) is used in new ways to help people and businesses be more efficient and successful. AI is making its way into nearly every industry including manufacturing and production. While AI has been adopted into back-end processes, such as detecting anomalies and product variation, AI is new to predicting part compatibility in finished goods. During the 2022 SAE International AeroTech conference March 15-17, Slickrock Labs founder and CEO Hector Knudsen announced the launch of Apolo, a software-as-a-service (SaaS) machine learning tool developed for use in multi-layered manufacturing and production environments.

Apolo intuitively gets engineers and technicians from manufacturing and production to integration quicker using less time and resources. “With a push of a button, Apolo will predict outcomes based on compatibility of the unfinished goods to produce the most optimal output of finished goods and the most likely scenario of passing the final acceptance test,” said Knudsen, developer of Apolo.

Apolo can be used across many industries including aerospace, healthcare and chemicals. “In the manufacturing of specialty chemicals, or compounds, production is done according to design specifications but when combined, the compound may fail,” said Knudsen. “In aviation, a technician may spend days on environmental testing of a navigation system only to have it fail.” Apolo features Intelligent Build™ technology, a software feature that automatically selects applicable unfinished goods in inventory for the most optimal finished product.

“It absolutely makes the technician’s job easier. Instead of manually selecting parts that are available, you can let Apolo pick,” said Knudsen. “Apolo will go through and figure out what subassemblies, or unfinished goods, best fit to produce the most likely scenario of passing final tests.”

“It absolutely makes the technician’s job easier. Instead of manually selecting parts that are available, you can let Apolo pick,” said Knudsen. “Apolo will go through and figure out what subassemblies, or unfinished goods, best fit to produce the most likely scenario of passing final tests.”

The SAE International AreoTech conference is the leading technical event for aerospace professionals in North America. It is where the industry comes to keep pace with rapid changes and take a closer look at critical topics like autonomy and AI, safety and human factors, cybersecurity and much more.

Slickrock Labs offers support to innovators and startups that are ready to develop and launch new ideas, products, and services. By providing capital investment and financial modeling, Slickrock Labs’ partners have the foundation to thrive. With Slickrock Labs, start-ups have access to advanced technical support, website design and development, hardware and software development so they can focus on what’s most important. For more information on Apolo or Slickrock Labs visit slickrocklabs.com, call (801) 784-0598 or email support@slickrocklabs.com.